Sacgasco is intent on increasing production and exploring and expanding its robust portfolio of modest to large-scale natural gas prospects in the very attractive Sacramento Basin, located close to under-filled gas trunklines connecting US and Canada gas supplies to the Californian gas market.

The Company’s development strategy in the Sacramento Basin represents an opportunity to increase near-term supply to a California gas market with a significant local energy supply deficit. California’s gas demand is approximately 7 billion cubic feet per day, with local California gas production only contributing less than 10%.

Sacgasco has conducted regional exploration in a back to basics manner to uncover the world class potential of sediments that have been effectively ignored by the local gas industry for the last 20 or more years after the departure of the major operating companies.

The Sacgasco growth strategy is based on acquisition of producing wells and idle wells (with future potential) and associated infrastructure as ‘facilitators’ for appraisal, exploration and production.  The acquisition of complementary gas leases means that Sacgasco can choose from a portfolio of “1 to 10 Bcf” prospects targeting historical producing reservoirs; and “100 Bcf to Multi-Tcf” prospects and overlooked discoveries in the proven Petroleum Systems in older reservoirs of the prolific Sacramento Basin. 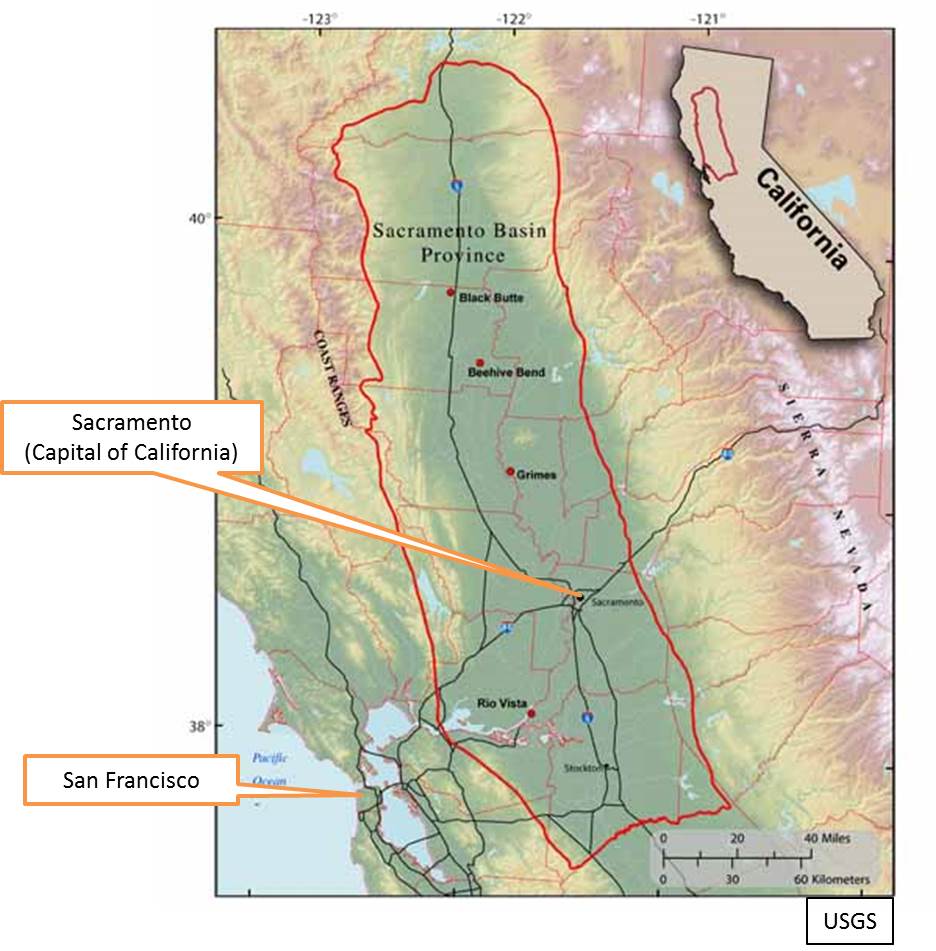 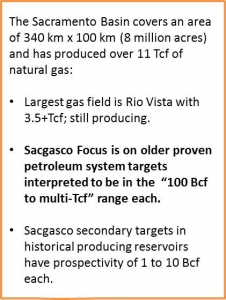 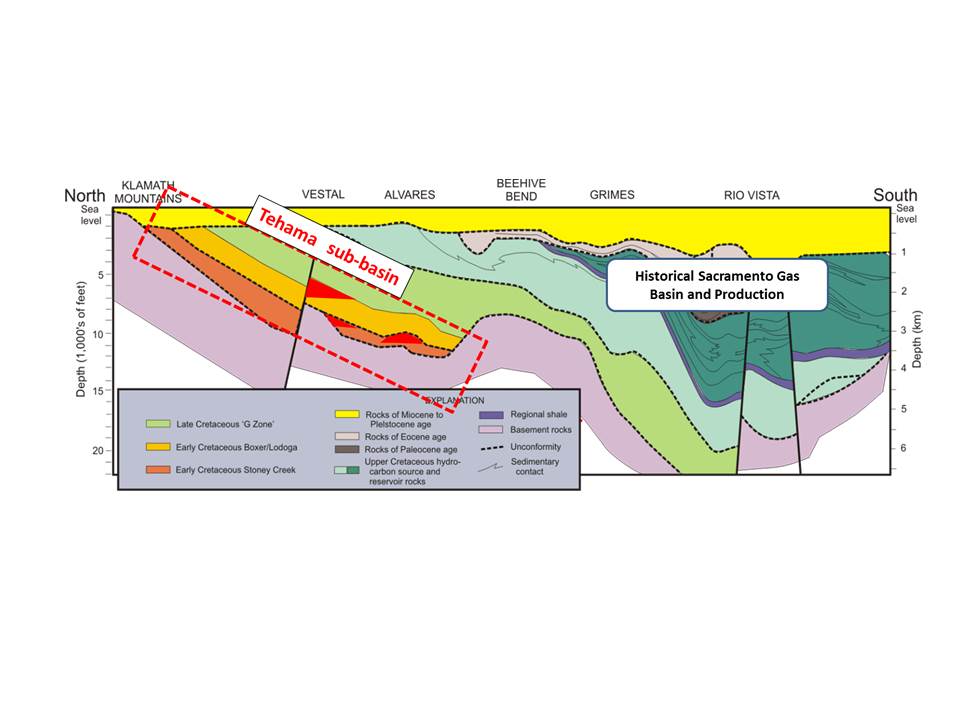 The Dempsey 1-15 well is a play opening well proving that natural gas can flow from the older reservoirs. Sacgasco is leading the way in exploration of these highly prospective, but under-drilled clastic sedimentary sequences in the Northern Sacramento Basin.

Sacgasco has conducted regional exploration in a back to basics manner to uncover the world class potential of sediments that have been effectively ignored by the local gas industry for the last 20 or more years after the departure of the major operating companies.

The Dempsey 1-15 is the first well to produce and sell clean dry natural gas from the older sediments in the prolific Sacramento Basin. The Dempsey 1-15 well was drilled to a depth of 2970 metres and intersected multiple zones of gas saturated reservoirs.

The well is located within a proven gas field area and has been connected to the interstate pipeline networks, and is producing and selling natural gas.

The Alvares natural gas prospect is located close to large natural gas pipelines and is on trend 30 miles from the geologically similar multi-Tcf Tulainyo Project.

The Alvares prospect is based on the Alvares-1 gas discovery well drilled in 1982, which intersected a large column of high pressure gas shows in sandstones and conglomerates. The well flowed small quantities of gas to surface with gas quality similar to gas produced from the Northern Sacramento Basin. The Alvares prospect is estimated to have a total (100%) unrisked recoverable prospective resource on a best estimate deterministic basis of approximately 2.4 Tcf (400 million boe). 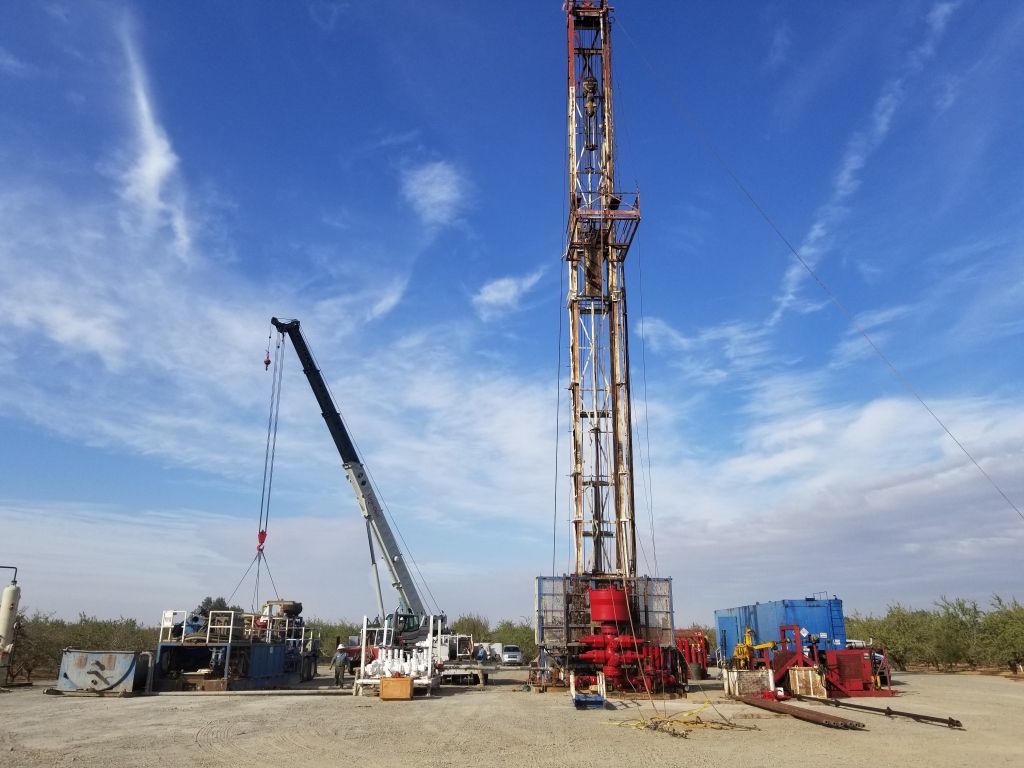 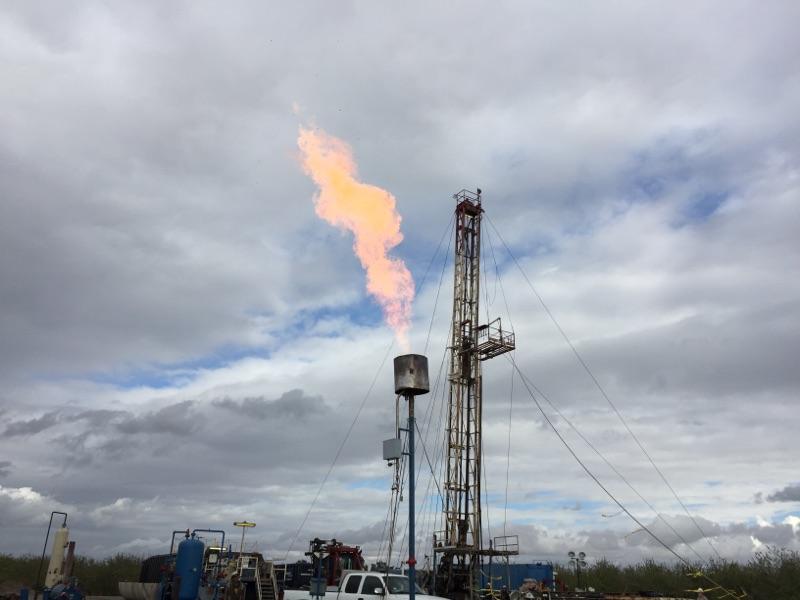